Blog
»
6 Fascinating Facts About The Shard You Didn’t Know

6 Fascinating Facts About The Shard You Didn’t Know 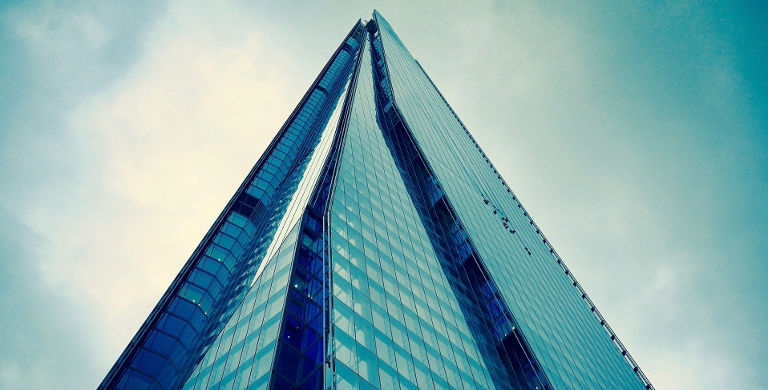 The Shard is a well-recognized skyscraper in the heart of London. It’s the tallest building in the United Kingdom and Western Europe and takes 108th place worldwide. The fascinating construction is a work of the famous architect Renzo Piano. The neo-futuristic building is an iconic landmark that deserves a spotlight.

This is why we’ve collected several interesting facts you might not know well:

Inspired by the surroundings

The creator of this marvellous construction drew it at first as a raw sketch on a piece of paper. He took a wooden shard as a joke and shortly after the conception arose. His inspiration came out from the nearby railroad tracks and the River Thames. He loved the panoramic perspective and how the lines integrate. So, he thought the new building may become a part of this outlook by creating the illusion it pops up like an iceberg in the river. According to Piano, this spire concept recalls something that hides in the sky and exists just in our fantasy. He adds that the top of the skyscraper is open and looks like it’s breathing fresh air.

The steeple-like design reminds us of the church spires in historic illustrations of London. The charity organisation English Heritage disapproved the architecture and described it as “a shard glass through the heart of the historic London”. Contrary to the expectations of the organisation’s members, instead of stigmatising the new building, they actually coined its name. And that’s why now everyone calls it “The Shard”. 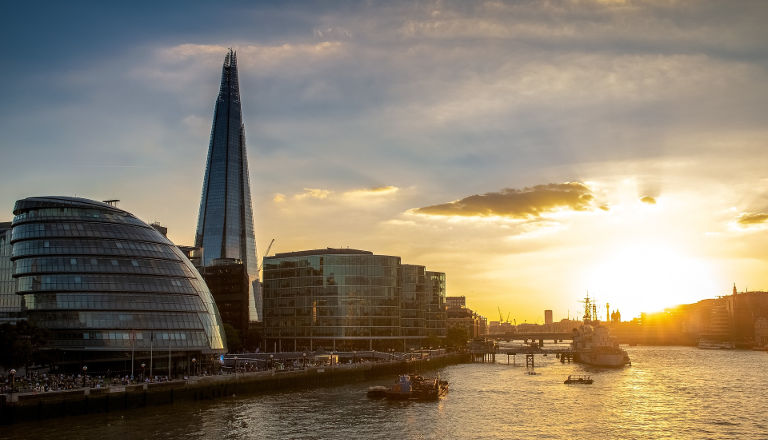 Conceived as a new concept

The developers were to create an enormous “vertical city”. So, they replaced the older Southwark Towers and built-up a new sophisticated skyscraper. The new glass tower with an impressive 310 meters height is a place with a wide variety of amenities. They include:

This new concept made the construction a location for great communication alternatives where people can work, live and entertain.

Add some sparkle to the windows of your high-rise office today!

GET A FREE QUOTE

Built as an eco-friendly solution

The futuristic skyscraper is built with 95% recycled materials. This makes it one of the most environmentally friendly buildings across the country. An interesting fact is that the architects constructed the Shard with the reused remains after they demolished the Southwark's Tower office building. According to Soundproof Panda every single floor of the Shard is 100% soundproof, they achieved this by using a special screed isolation material on each floor.

In addition, there are only 48 car parking spaces. This leads to fewer carbon emissions because people who visit the building should mostly use public transport.

Enveloped in a countless number of windows

People are able to recognise the emblematic look of the Shard thanks to its 11,000 glass panels. They cover the entire construction. It’s amazing how much time and effort it takes to the commercial window cleaners to wash them all. There are about 6 rope access professionals who take care of the glass’ brightness. They work on one side per week, and after they clean each side, the skyscraper window cleaners start from the beginning.

A curious fact is that a few days before the official opening back in 2012, a window cleaner got into an unpleasant situation. The cradle became unstable and was swinging around from the 72nd floor. People on the street who saw this, called an ambulance and firefighters to rescue the cleaner. Fortunately, they brought him down with no serious injuries but this incident proved once more that skyscraper window cleaning is still one of the most extreme jobs in the world.

The construction has a developed blind control system. This innovation regulates the blinds in a way that sun rays will not go through the glass and provide shading. This protects the visitors and property inside from sunburns and other risks.

However, the blinds are not the best solution because they obstruct the impressive viewing. So, builders used top-notch energy-efficient methods. The white layer on the exterior side of the windows includes lower levels of iron. This makes the surface reflective and adds shimmer to the skyscraper. Also, the appearance of the building transforms during the various weather changes.  Windows are triple-glazed with a coat of special sun-protecting layer between the inner and outer panes. That’s why when outside is too warm, you can enjoy a nice temperature in the building with no air-conditioning.

During the construction works of the tower, a fox somehow got in and climbed 2907 steps (306 stair flights) to the top. It survived on the builder’s leftovers. Rescuers from the Riverside Animal Center caught the fox and took care of it. They named it Romeo which became an unofficial symbol of the skyscraper. Later the animal was released back to its natural habitat.

Now that you know these curious facts about the Shard surprise and inspire the people around you by sharing what you’ve just learned!