Will Robots Take Over The Skyscraper Window Cleaning Jobs? [Part 2] 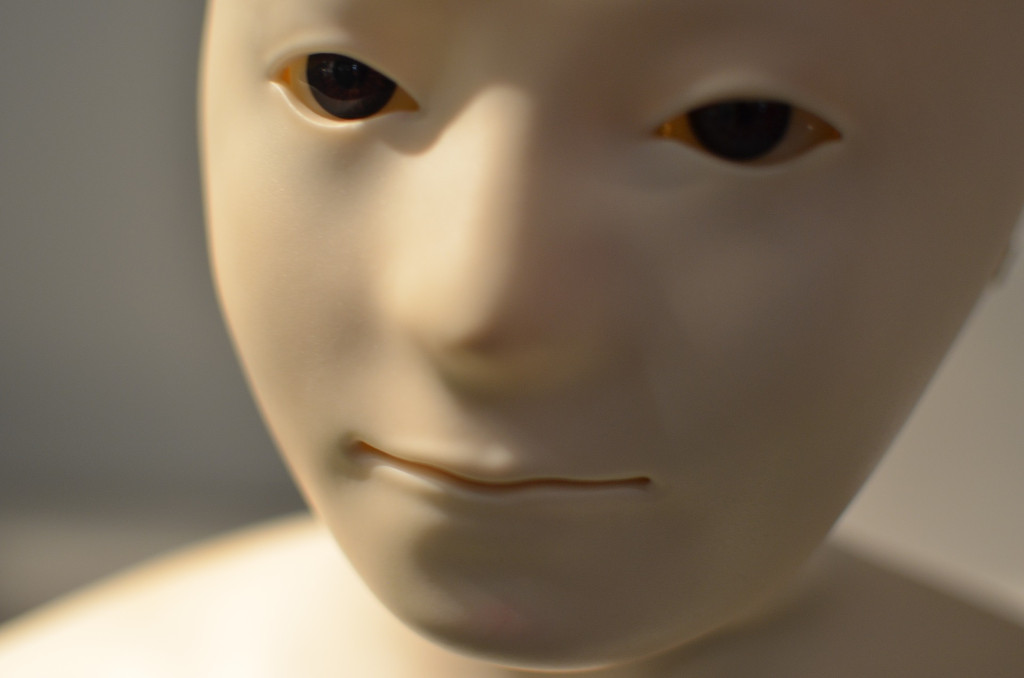 In the first part of the article Will Robots Take Over The Skyscraper Window Cleaning Jobs? we discussed how robots evolved over time, what a robot economy is and what are the advantages of having robots as workers. Here we’ll delve into detail how the global job market is gonna be transformed and how the high-rise window cleaning, in particular, is going to change.

Robots have existed since the 1950s. This wasn’t a problem for a long time, because they used to be hidden inside factories. Machines and robots have taken over our jobs in the past during the previous industrial revolution and humanity not only survived, but thrived. Now, we are standing at the edge of the next industrial revolution.

But what we fear today is that intelligent robots may take over some essential human skills and might make humans obsolete. It still may sound like a science-fiction scenario to some people, but let’s consider this: we already have self-driving cars cruising down the streets, artificial assistants guiding us while we navigate with Google Maps and robots doing spinal surgeries.

Predicting what the jobs of the future will be like is not an easy task. What we do know at the moment, according to McKinsey Global Institute, is that "all workers will need to adapt, as their occupations evolve alongside increasingly capable machines".

The fear of technological unemployment taking over the human economy is more than real. There are various scenarios for the future, but actions have to be taken if we want to find ways to mitigate job loss.

Some significant trends in the next industrial revolution already create a new type of economic paradigm. Here’s just a few of them to consider:

Is this all for the betterment of humankind? Even a visionary futurist like Elon Musk warns us that:

The rate of improvement is really dramatic and we have to figure out some way to ensure that the advent of digital superintelligence is one which is symbiotic with humanity. I think that’s the single biggest existential crisis that we face. And the most pressing one.Elon Musk

Actually, the whole interview is worth watching:

More on the topic of transitioning jobs comes from recent research by Harvard Business Review, that warns us:

New AI systems typically mean new roles and skills for the humans who work alongside them, and it will typically require considerable time to retrain workers on the new process and system … In short, the winners may take all and late adopters may never catch up.Harvard Business Review

Their message is more than clear: “you should get started now if you haven’t already, and hope that it’s not too late.”

Almost none of us will be spared from the stress of transitioning to new jobs. For example, Forbes shares with us their own advice on the best path to adaptation:

the key is the right training of people to work within an environment of robotics and AI.Forbes

Unfortunately, that doesn’t leave much room for the regular squeegee and bucket window cleaning.

In a not so distant past, a “computer” used to be “a person performing mathematical calculations”. Now we have algorithms like AlphaGo and there’s no human competitor that can beat it. Are we getting closer to the time when “window cleaner” will no longer mean “a person who is employed to clean windows”? Let’s see.

So how the windows of skyscrapers get washed nowadays? Here’s a list of some of the best window cleaning robots that slowly but steadily replace human window cleaners from their jobs in high rise window washing.

China has the largest number of tall buildings in the world and also has the highest rate of skyscraper development globally with “a total of 88 buildings measuring 200 meters (656 feet) or above” completed in 2018. And that means a lot of windows that need to be cleaned. For that reason, Pufeng Intelligent Technology company developed an autonomous window cleaning robot for commercial high-rise buildings. It has these impressive characteristics:

Although this automatic window cleaning machine looks a little quirky, it’s very hard for humans to compete with it and to beat its productivity.

The IPC HighRise machine offers safe, effective and environmentally friendly window cleaning solution. The productivity of this robotic cleaning system for glass facade of high‐rise buildings can reach up to 33,600 square feet per hour, which is a quite impressive achievement. It cleans not only the glass but the window frames as well using only purified water.

KITE Robotics introduces a different approach to high-rise window cleaning with a facade cleaning robot for high-rise buildings that has the following innovations:

Ozmo™ from SkyLine Robotics can be used in window cleaning for commercial buildings and offices. It has many advantages compared to its competitors that include:

Make sure you also read the interview with Yaron Schwarcz, CEO & Co-founder of Skyline Robotics.

Drones are toys that we use for fun, right? Although that's true for most people, Aerones company has a different plan for the application of drones on the high-rise window cleaning industry. Their heavy-duty window cleaning drone has some benefits like:

What’s better than a single window cleaning drone? That’s right, a swarm of drones. This Germany-based company offers a solution that’s going to relieve people from hard manual labour. Here’s how the future of window cleaning looks like according to their vision:

Some other producers of robotic window cleaners worth mentioning are Fat Cat and SkyPro. They also provide window cleaning systems and solutions with various levels of automation and plan to expand their businesses around the world.

Obviously, the skyscraper window cleaning automation is still catching up and these robots might leave you unimpressed. The machines we’ve listed above are still very far from the Nexus 6 replicants. However, that doesn’t stop these automated devices from replacing human workers.

So consider this - how many people do you know that can do parkour or a backflip? At the same time, there’s the Atlas robot from Boston Dynamics and he doesn’t mind showing off a few of his skills:

He also knows how to do parkour:

How long do you think it will take before the mechanical skills of Atlas merge with the intellect of AlphaGo Zero and its DeepMind capabilities? How the skyscraper window cleaning will look like with the rise of these smart and agile machines? What do you think will be the next generation of commercial robotics systems that will do the high-rise facade cleaning? We explored thе upcoming future through the lens of the skyscraper window cleaning business. And we hope it has shed some light on the ways digitalisation, automation and robotisation will affect the job market and economy. At the same time, this global change may bring us closer to the next major shift in our evolution as a human species, as we will have to adapt to this new reality.

As the saying goes: “the best way to predict the future is to create it.” Which means it’s our choice, as individuals and as a collective, to decide what the next step should be.

Michael J McFadden
Excellent review! Two things: 1) I'd forgotten all about these products from 25-50 years ago, but remember them working well all the way back then. You seem to have hit all the points for consideration... I'm just hoping that as I scan various sites for reviews I'm able to pick the right model. 2) You can probably make the double-glazed strength models work safely on single-glaze with the addition of one or two thin rubber coasters or cutouts from a placemat between the magnet and the cleaning cloth on the inside. The extra distance will reduce the strength of the double-strength down to a safe single one! Perfect if you happen to have both types of windows for some reason! - MJM, who thinks about cleaning stuff sometimes. Never actually follows through, but I *do* think about it... that's worth SOME brownie points, no?
Michael Mosley
Nice blog Really one get to know all the basic tips and advice for window cleaning. I things it should be handled by professional cleaners in the town.